Hi April!
I would start this spring month with an architecture post that i wanted to write for a long time. What I’m about to talk about is one of the most important annual events for architecture’s lovers, which are found all over the world to Palm Springs during the Modernism Week to visit many sensational houses built during the twenty years between 1940 and 1960. During the 50s Palm Springs became a destination for recreation of the most famous Hollywood stars,  like Frank Sinatra and Marilyn Monroe, who built here breathtaking villas in a desert and rocky land. The houses are characterized by hard architectural lines and angular volumes that are relieved by softer shapes of gardens and swimming pools. For this reason these houses are so unique, many of them are still used as a location for photo shoots, commercials etc.
The mission of Modernism Week is to celebrate and foster appreciation of mid-century architecture and design, as well as contemporary thinking in these fields, by encouraging education, preservation and sustainable modern living as represented in Palm Springs. 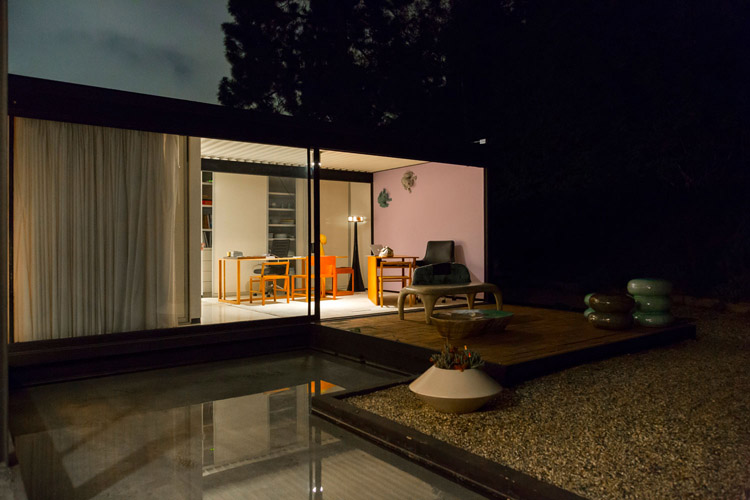 Built in 1958 this house, known as Case Study House #21B, were designed by Pierre Koening as part of a program to promote experiments in residential architecture between 1945 and 1966. 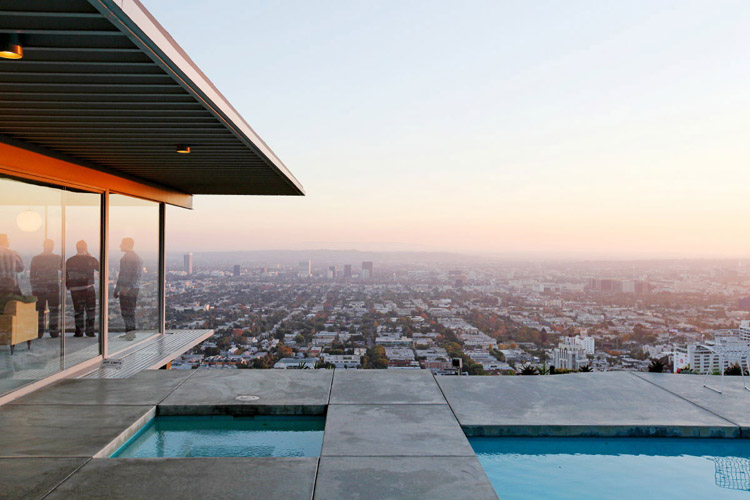 Stahal House was also designed by Pierre Koning and built in 1960 on the hillside above West Hollywwod, is today available for visting and is used for film, spot, shooting ecc. 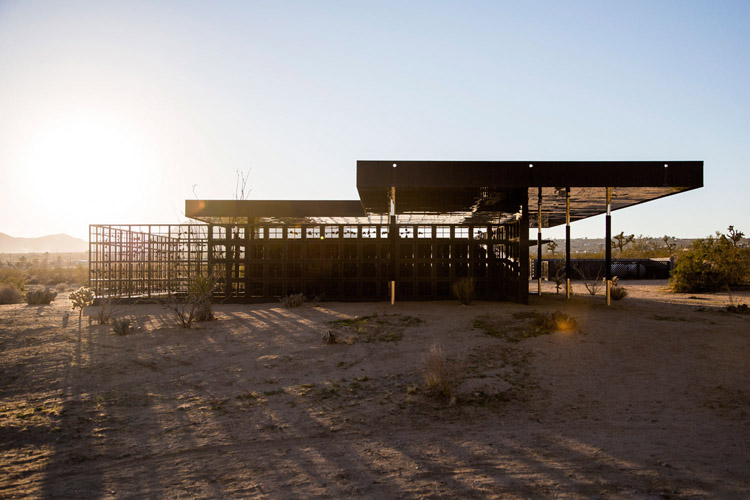 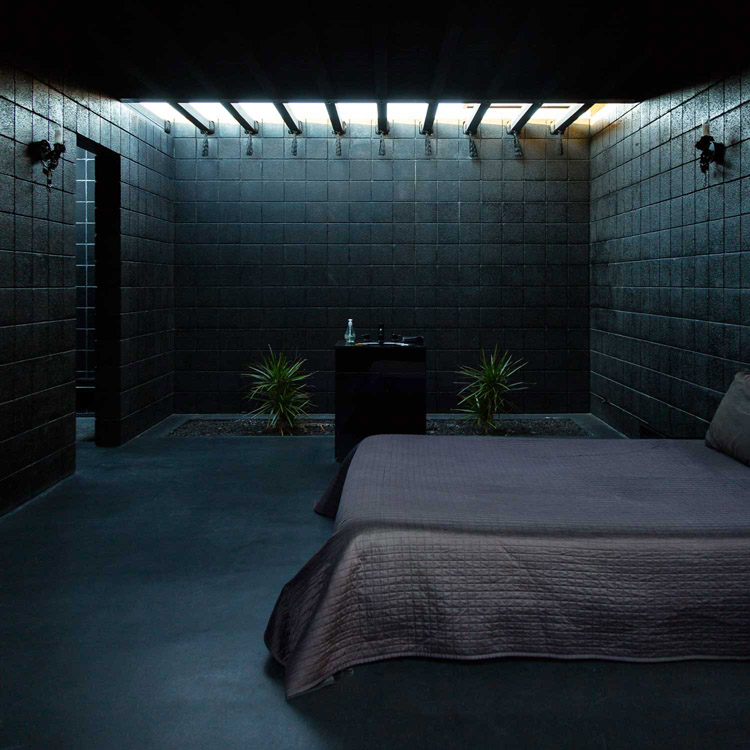 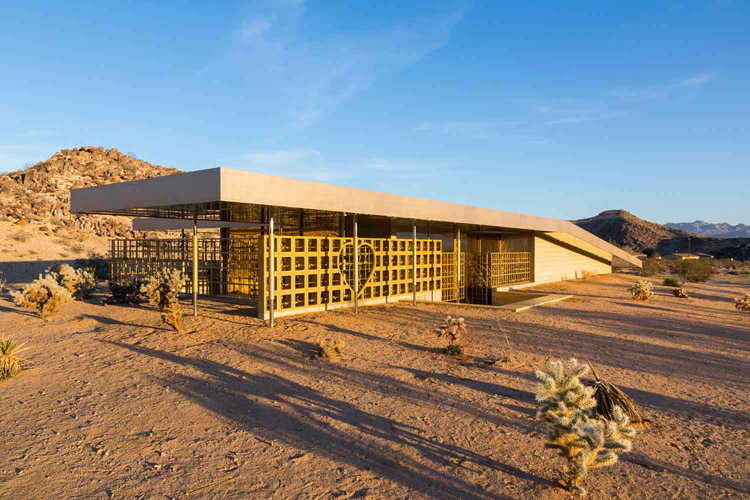 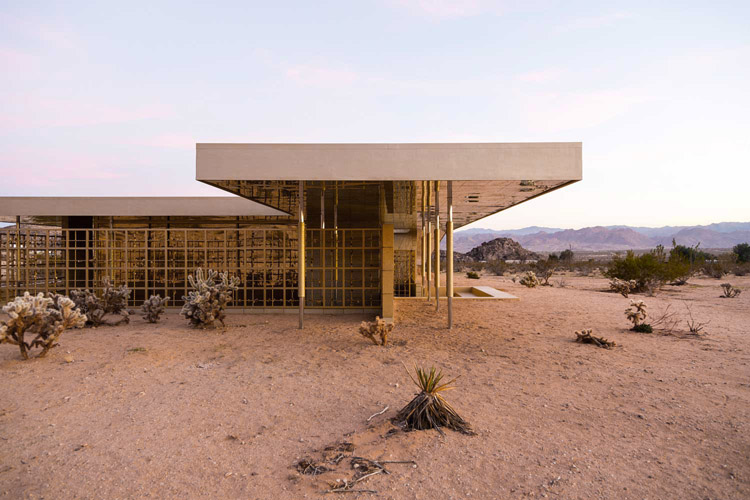 The Black House (Rose Muerta) and Gold House (Acido Dorado) were designed by architect Robert Stone and won an honourary award at the AIA Los Angeles Architecture Awards in 2012. The Gold House is a two bedroom fully enclosed house with a pool while the Black House is more of a pavilion having one bedroom and no doors or windows. 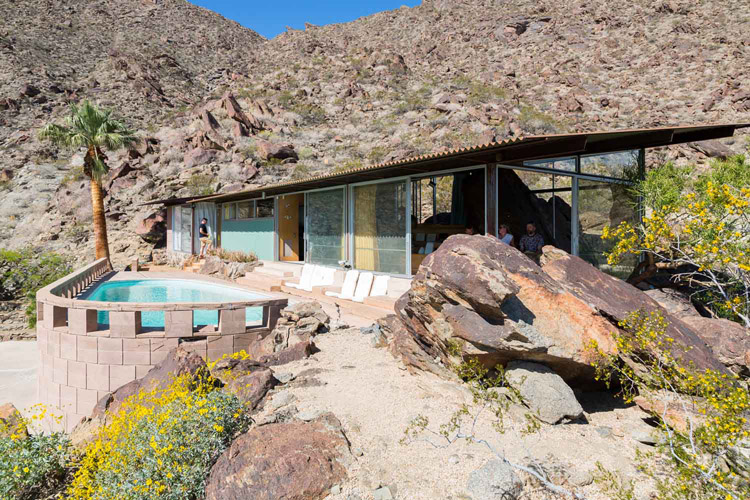 The Frey House was designed by Albert Frey as the second of two homes that architect constructed for himself in Palm Springs and it was the highest residential structure in this area. 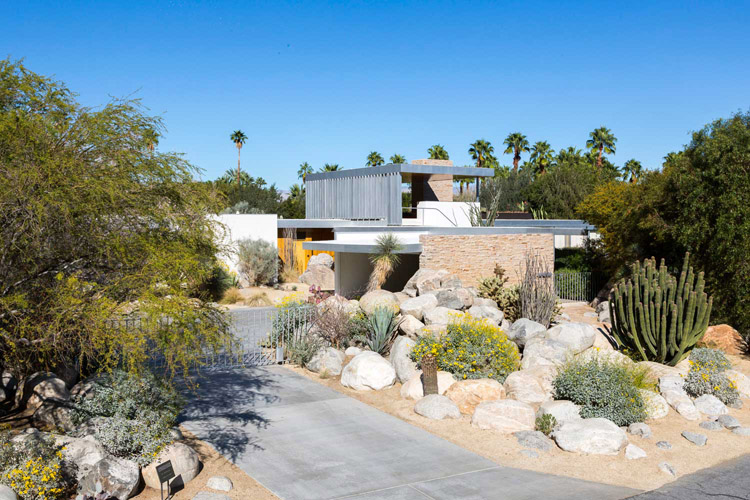 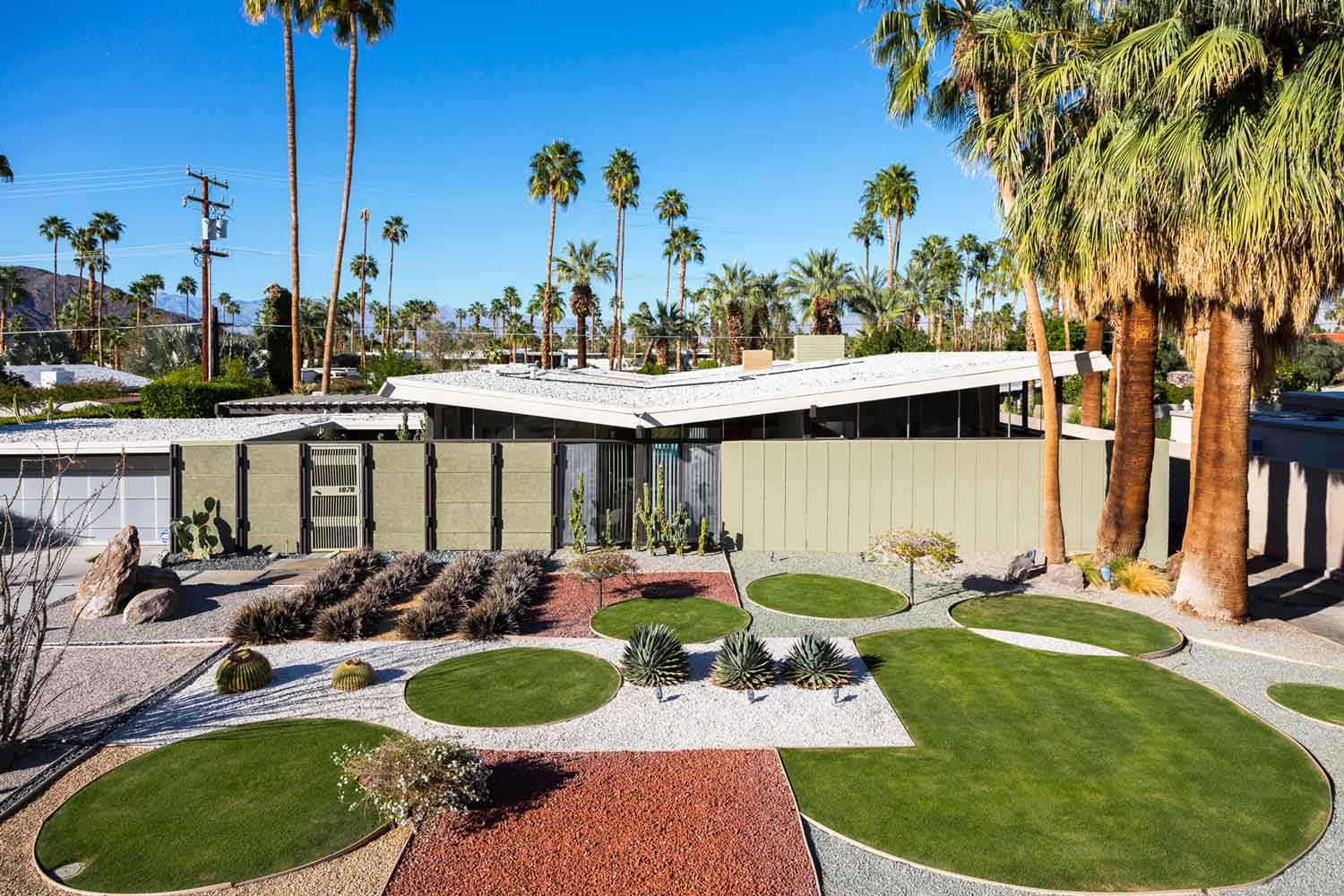 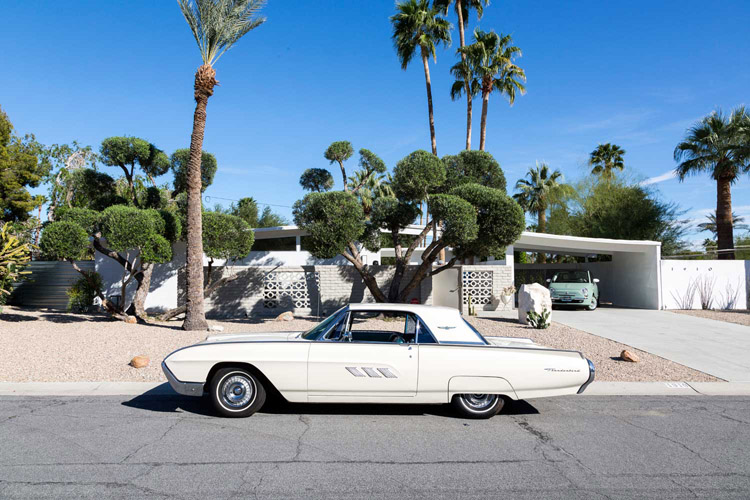 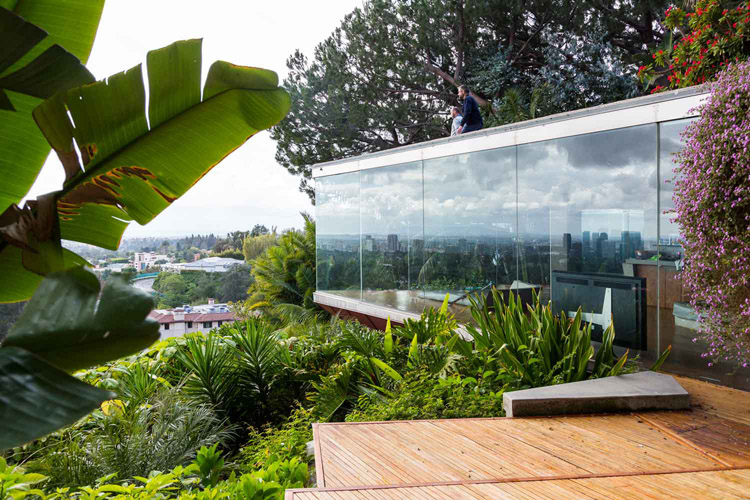 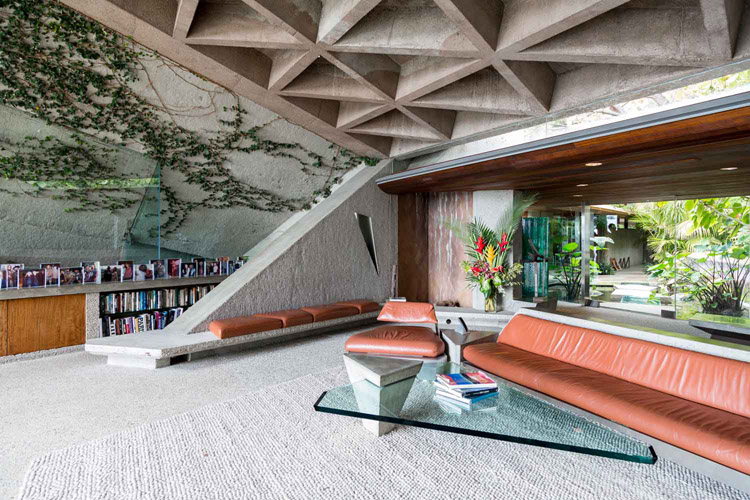 Built in 1963 by John Lautner for the Sheats family currently owned by James Goldstein, The Goldstein House is a large concrete block surrounded by vegetation with huge windows and an incredible view over city of Los Angeles. 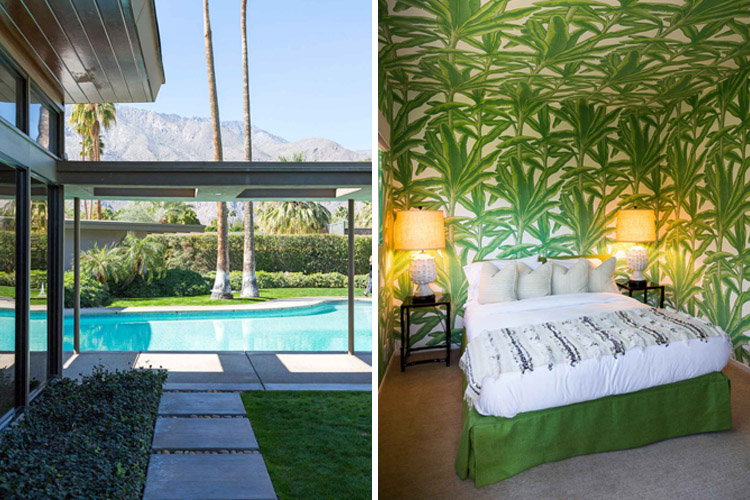 Frank Sinatra’s House is one of first examples of modernist architecture in Palm Springs and was designed by modernist architect E. Stewart Williams in 1947. Historic notes tell that Sinatra originally commissioned a Georgian style for this home, but when presented with both a Georgian and modern scheme decided to go with the latter. 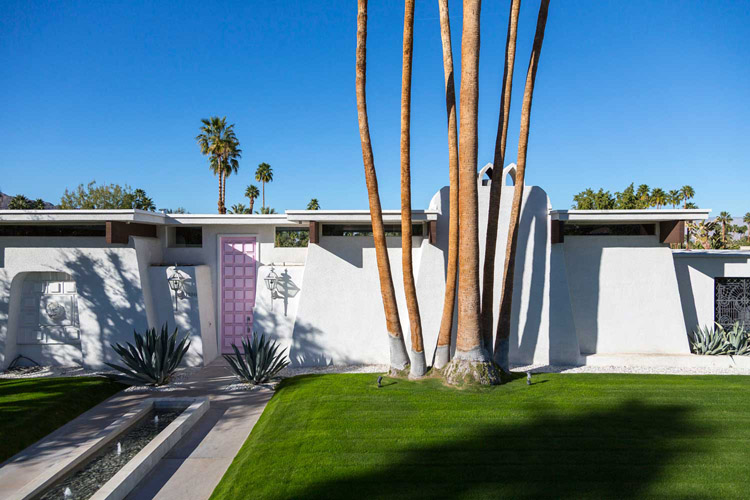 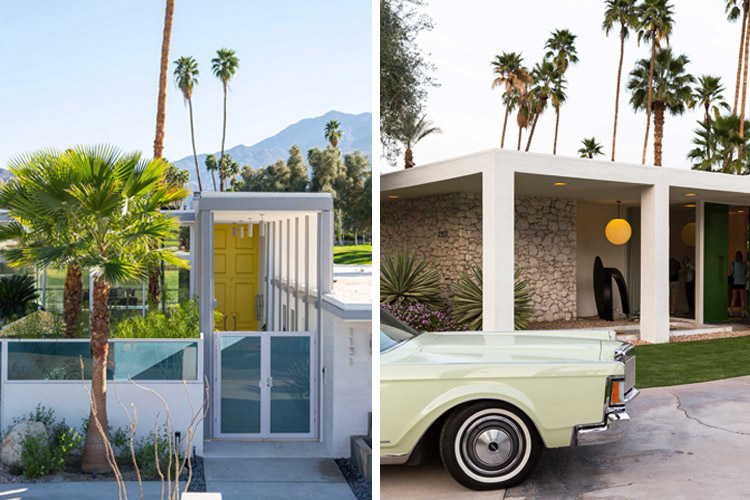 All photos by Tom Ferguson via Yellowtrace