“Before Design: Classic” is the cool exhibition set-up inside the Fair and curated by Italian producer Matteo Garrone. A different idea of the classic style is the starting point for an exhibitionthat dedicated to a style that draws on a strong legacy of taste and culture,whilst influencing the present and creating a bridge towards the future. With a succession of surprising displays and scenographic installations, eight rooms, each of which has its own special mood, bring to the stage the myriad souls of classic style, with items of furniture that were chosen as standard bearers of a unique and trasversal taste. 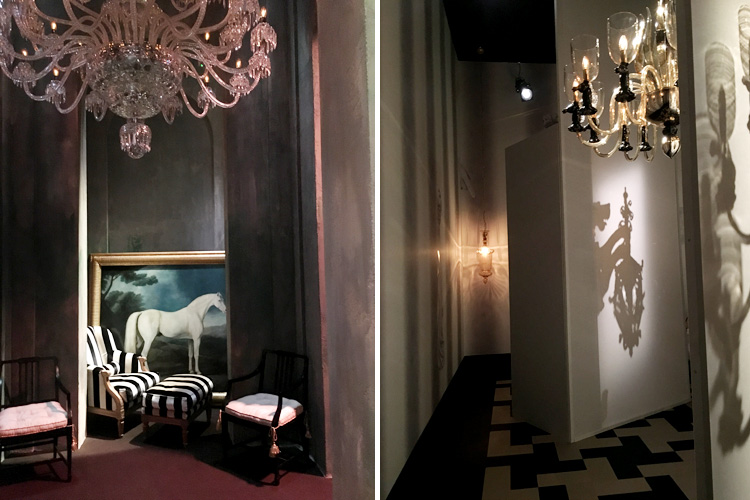 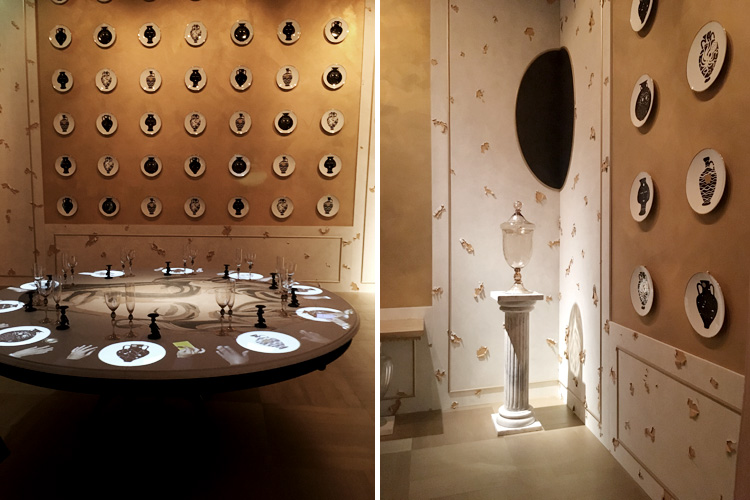 Convivium: gold is the dominant note of the dining room. The enviroinments is brought to life by a projection of moving hands on the round table that create contrast with porcelain plates on the walls. 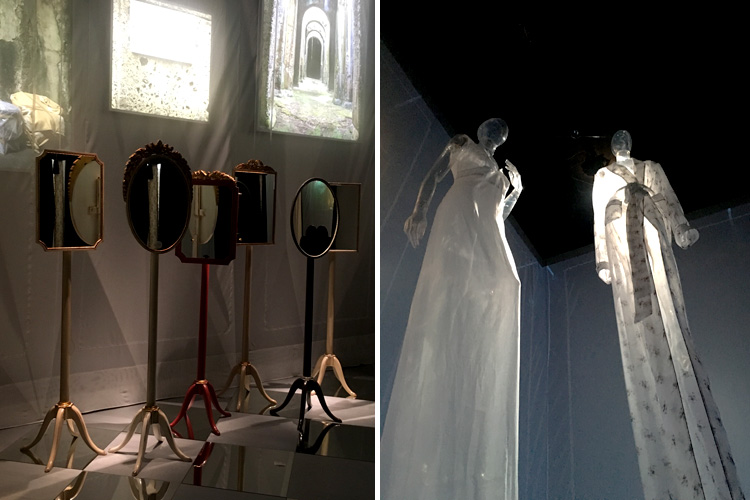 Hall of ghosts: an enchanted atmosphere for a bedroom from another era! 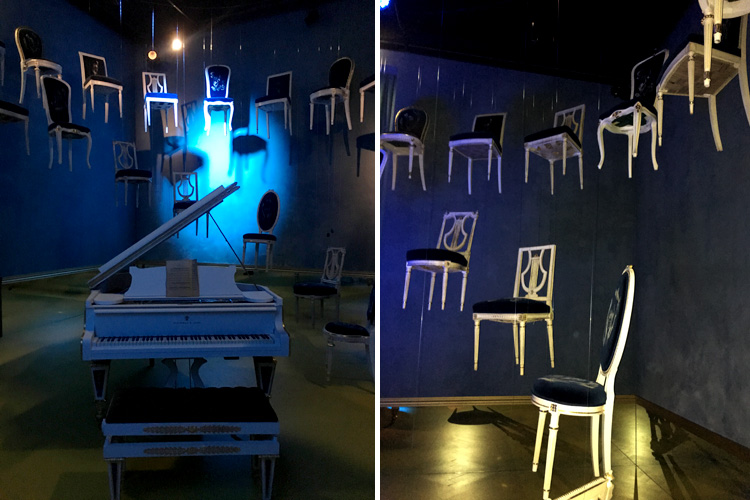 Hall of music: the protagonist of the enviroinmentswith powder blue tones that are reminiscent of the 18th century is an imposing piano.

Inside 5vie district, at the headquarters of Biblioteca Ambrosiana, it’s took place the beautiful exhibition of online store Yoox in collaboration with Living magazine and private institution Fondazione Cologni dei Mestieri d’Arte “Double Signature. A dialogue between design and artisanal exellence”. Curated by Studio Salaris, the exhibition presented a collection of special objects created from the combination between designer’s vision and the craftsman’s skills.
You can find below my favourites! 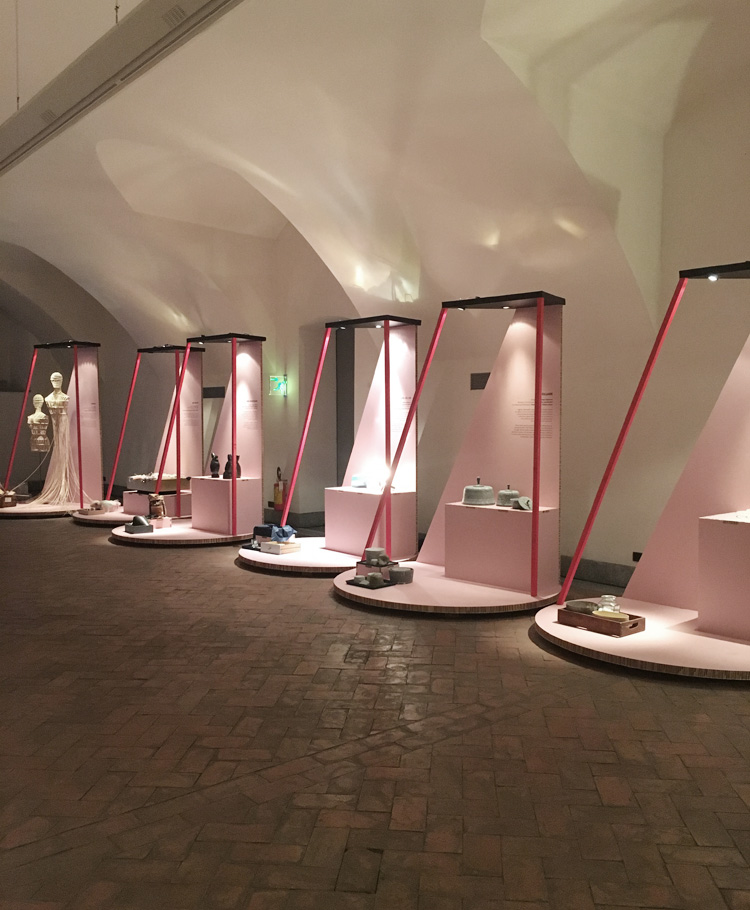 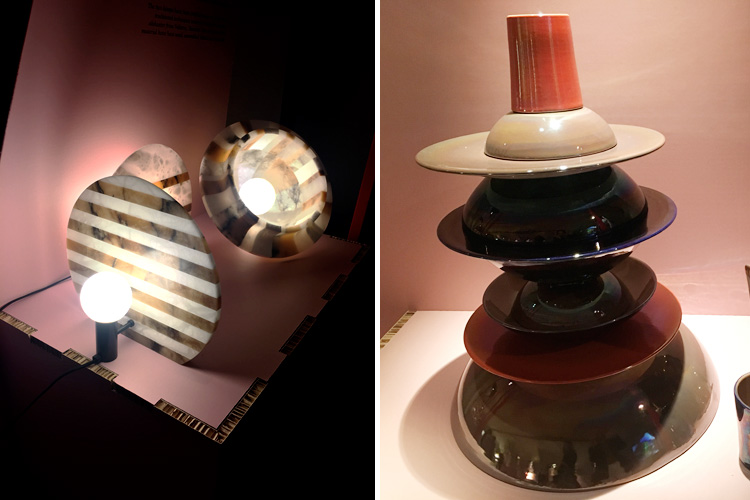 “Opus Sectile” and “Opus Varium” lamps have been crafted using one of the most traditional techniques connected with the precious Volterra’s alabaster (Designer: Davide Aquini/Artisan: Cooperativa Altieri Alabastro). Three series of tableware realised with the technique of the lustre, a special glossy finishing of Middle-Eastern origin and perfected in the 15th century by the Umbrian master craftmen (Designer: Waiting for the bus/Artisan: Paolo Biagioli). 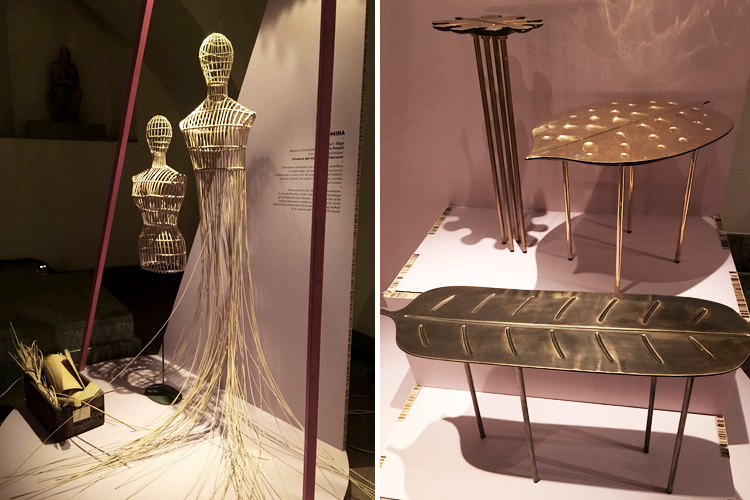 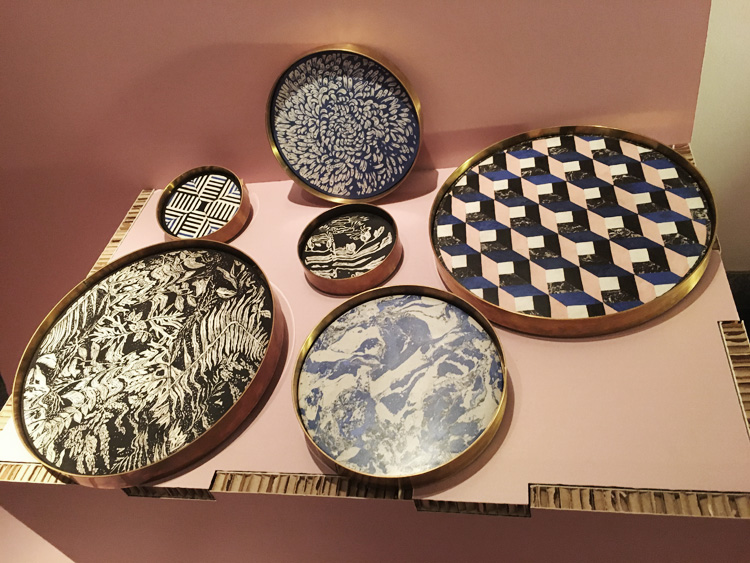 “Pinfold” are two sets of trays with a brass base and a plate decorated with difficult technique of “scagliola”, that has been performed in Italy since 16th century (Designer:Studio Blanco/Artisan: Bianco Bianchi). 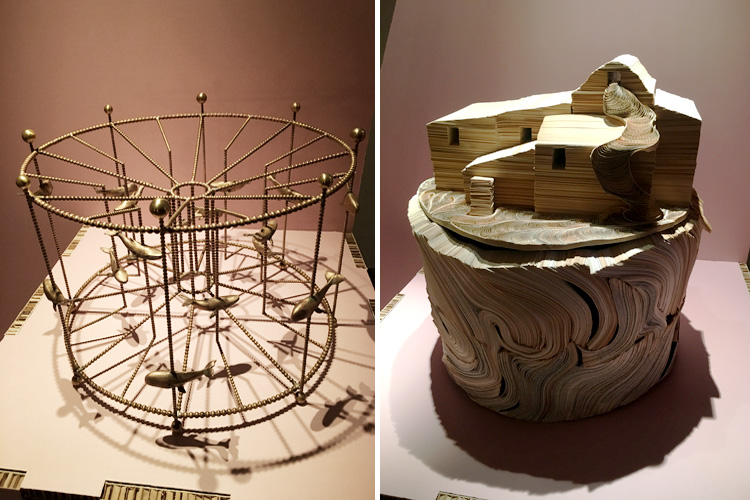 The designer Pietro Russo and the two artisans Ernesto and Ambrogio Carati realised a centrepiece fruit-stand made in brass and bronze, whales hand-modelled, crafted with the time-honoured tecniques of the lost-wax casting frequently used by jewellers. “Il Borgo” is a sculptural vase obtained from the stratification of hand-trimmed modules and paper stripes (Designer: Michele De Lucchi/Artisan: Daniele Papuli)

All photos by The Lightline